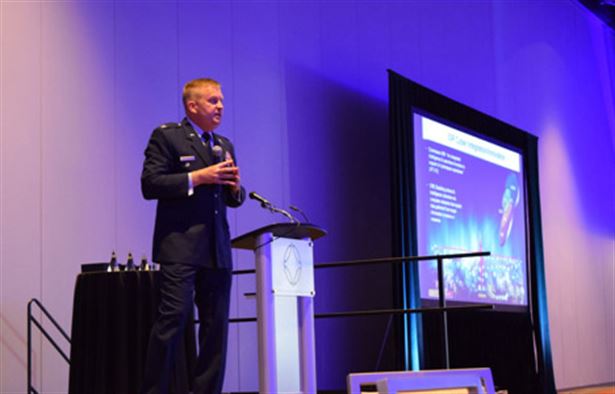 Cyberspace is a relatively new but complex battleground and no one at the forefront in the defense of our country is more aware of this than the men and women of 24th and 25th Air Forces.

The 25th Air Force is the military component in charge of collecting intelligence, surveillance, and reconnaissance data, an intricate part in any battle, for the United States.

“The key to our success,” said Cluff, “are the people who take the data from a myriad of sources and turn it into decision-quality, timely information delivered as fast as possible, to influence today’s fighters for tomorrow’s fight.”

This fight is one of many constant battles in cyberspace against adversaries who, according to Time Magazine’s “The U.S. Is Losing the Social Media War,” are now using our own technology against us. With many network options openly available in cyberspace, the warfighter must be quicker, smarter and more vigilant to operate successfully in this domain.

“It’s not about the technology.” said Butikofer, “If you don’t have the right people, you are not going to accomplish your objectives.”

Having the right people and training is paramount in this environment.

“Securing our infrastructure is just as important as defending it. Pressure is building inside the cyber domain, and it’s getting riskier.”

“The sophistication of the threats is increasing daily,” he added, “Hour by hour our adversaries get better; so we need to get better ourselves.”

According to Butikofer, the 24th Air Force cannot do it alone. They rely on partners like the 25th Air Force to provide warfighters timely information as well as collaborating with the National Security Agency, among other partners, for information on trends in cyber technology; all in an effort to stay one step ahead of the enemy.

“As more and more of our services move to the Cloud,” Butikofer said as he concluded the presentation to the cyber security professionals, “we are going to need your assistance to understand how best to secure our systems, so we don’t have do as much on the defensive side.”