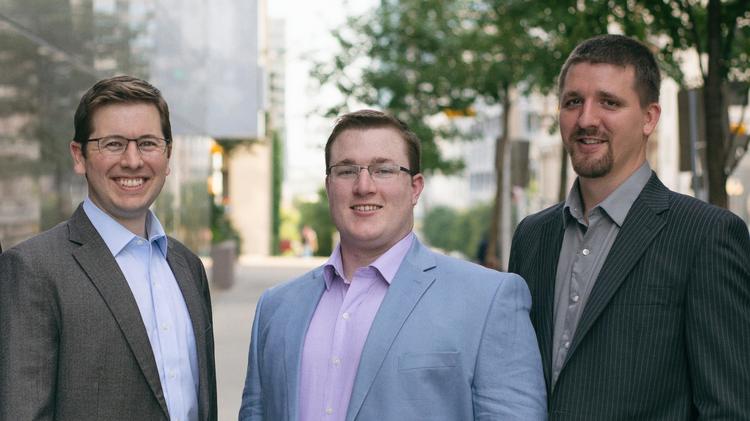 A cybersecurity venture created by three former U.S. intelligence analysts with local roots got an influx of capital recently to further its development of software to protect critical infrastructure owned by private industry — like the electric grid.

Dragos Inc. is a hybrid product and services startup that creates cybersecurity tools for businesses to hunt for unauthorized users lurking around industrial control systems inside their networks, from nuclear power plants to chemical manufacturers.

The startup raised $1.2 million from DataTribe — described as a startup studio, which is a mix between an angel incubator and a venture capital firm — based in the Washington, D.C., region.

The seed capital is being used to build a threat operations center, or a cybersecurity analyst hub, that can hunt remotely for known and unknown “threat actors” inside a company’s infrastructure.

It costs about $1 million to hire specialized analysts and the equipment needed for the center, according to estimates from PricewaterhouseCoopers LLP. Most threat operations centers focus on hunting for hackers or malware across a company’s computer system, not typically industrial control systems.

DataTribe is an investor group focused on military veteran-led companies looking to commercialize products across cybersecurity from big data to the Internet of Things. It is backed by Deloitte, Allegis Capital and Yahoo Japan.

While Dragos has its main office at DataTribe, the startup has a satellite office in San Antonio for now and aims to hire more cybersecurity analysts in the Alamo City in the coming months.

That’s because the company’s co-founder and CEO, Robert Lee, has lived in San Antonio for years after he was transferred to Joint Base San Antonio Lackland Air Force Base. For about five years, he worked as a cyberwarfare operations officer. Lee is now pursuing a doctorate in war studies at King’s College of London focusing on the attack and defense of control systems alongside developing Dragos.

A few years ago, Dragos built a cybersecurity tool called CyberLens that enabled businesses to watch unauthorized users navigate their networks, like a magnifying glass, although it is not the focus of the company’s products currently under development.

The startup aims to stand out from its competitors, mostly high-growth tech startups based in Israel, by leveraging experience securing the U.S. infrastructure while in the military.

“A lot of what’s being developed in the market are built by pure software developers, so they are difficult to use for analysts,” Lee said in a recent interview. “We have our threat operations center not only generating revenue but driving the development of future workflow and tools so that our platform is easier to use for security analysts.”

The other company co-founders were stationed at Fort Meade, an Army post in Maryland with a high concentration of cyberwarfare-related activity, before forming Dragos.

Dragos was one of several companies from the private sector selected recently to begin working on a test bed with the University of Illinois at Urbana–Champaign. The university was awarded an $18 million grant from the Defense Advanced Research Projects Agency to develop technology that would enable the U.S. electric grid to recover after an attack on its infrastructure.

Dragos was founded in 2013 under the name Dragos Security LLC and was later incorporated as Dragos Inc. Matthew Luallen was one of the Dragos Security co-founders, and in September he started a new company, CYBATI, which focuses on education in critical infrastructure and control system cybersecurity.