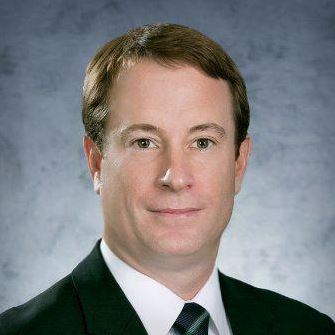 Delta Risk LLC, a San Antonio-based cybersecurity company founded by former military veterans, got a boost to help build its midsize business market share after investors pitched in $3 million, according to records on file with the U.S. Securities and Exchange Commission.

The company raised $3 million in debt among six investors, and didn’t specify any minimum investment threshold, records show. It was not in combination with any merger or acquisition activity.

When reached by email, a company spokeswoman said the funds will be used to build its employee base and expand services to mid-market in addition to sales and marketing efforts.

The Chertoff Group, a Washington D.C. advisory firm for security and risk management, has a majority stake in Delta Risk after a major capital influx of $13.8 million was raised through its subsidiary TCG Diamond Holdings LLC in 2015.

David Leach is the president of TCG Diamond Holdings and principal of The Chertoff Group’s private equity operations.

The company is hiring nearly a dozen employees across all its offices – two employees are expected to be based in the Alamo City. These positions include a cybersecurity business development analyst for federal contracts and a proposal writer for the company, according to its website.

In July, Delta Risk acquired a competitor in the Philadelphia region named Allied InfoSecurity. It is hiring cybersecurity professionals in that market also. At the time, the company had about 90 employees — the new hiring round will likely take the business above 100 workers.

The inspiration for aiming to sell cybersecurity talent to middle market businesses stemmed from experiences with clients who sought out Delta Risk in disaster scenarios. The goal is for more cyber breach prevention, said the company’s CEO.

“There were firms that in some cases had billions of dollars of annual revenue but were very limited in their security staff,” Scott Kaine, CEO for Delta Risk told the San Antonio Business Journal in July. “They would have maybe one part-time security person.”

Among the three co-founders, Chris Fogle remains most closely involved in Delta Risk operations as an executive adviser for the company.