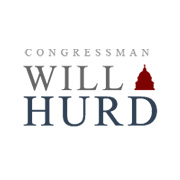 WASHINGTON, DC – Today, the Information Technology Industry Council (ITI) honored U.S. Representative Will Hurd (R-TX) with the group’s 2015 Tech Legislator of the Year award. The award recognizes four lawmakers each year, a Republican and Democrat from both the Senate and House of Representatives, who are selected by a majority of ITI member companies for their demonstrated commitment to advancing policies that support innovation and technology. Members of ITI include Dell, Toyota, Texas Instruments, Facebook and Google, just to name a few. Hurd is the first freshman legislator to receive this award.

“It’s an honor to be able to take my real life experiences and use them in Congress to promote innovation in the tech sector and provide oversight for federal agencies. The cyber and tech industries are skyrocketing in my hometown of San Antonio, directly impacting job growth and the economy in my district. Championing this growing tech hub is a key priority for me and I’m grateful to be recognized by ITI for the impact my work has had in Congress,” said Hurd, who is a former undercover CIA officer, and also has cybersecurity experience in the private sector.

Local tech champions were quick to respond to Hurd’s award. “From cloud computing to cybersecurity there is no bigger champion to the tech ecosystem than Rep. Will Hurd,” said Lorenzo Gomez, CEO of Geekdom San Antonio. “He takes the time to understand both the small startup and the large tech company in scale mode. I feel safe knowing that Will is representing our industry and fighting for good policy that will help advance technology at both a local and national level.”

Founder and CEO of Tech Bloc San Antonio, David Heard, also added, “Congressman Hurd is such a hardworking and intelligent leader as we work to build San Antonio’s technology industry. His experience in technology, and cyber security in particular, is such a unique asset for our community and he’s already had a big impact in his brief time in Congress. We can’t wait to see what the future holds for our talented legislator and our growing tech scene here in Central Texas.”

International tech giants also applauded Hurd’s accolade. Fred Humphries, Corporate Vice President of US Government Affairs for Microsoft Corporation offered the following statement: “With only 16 months in Congress under his belt, Rep. Hurd has emerged as one of the technology industry’s greatest allies and a strong advocate for the industry in San Antonio. And it’s no wonder. As a programmer himself, he brings a rare level of acumen and insight to our issues.  Microsoft congratulates Rep. Hurd on this honor and looks forward to working with him to strengthen the US technology industry in the years to come.”

In presenting the award, ITI noted that as Chairman of the Oversight and Government Reform Subcommittee on Information Technology, and as a member of the Committee on Homeland Security, Rep. Hurd has been a leading advocate and ally for the technology sector. Most notably, in early 2016, Rep. Hurd successfully pushed for the renegotiation of problematic provisions agreed to at the 2013 Plenary meeting of the Wassenaar Arrangement, a multi-national agreement which imposed strict export controls on a number of commonly used cybersecurity products.

“It’s a testament to Congressman Hurd’s leadership that in a time of entrenched polarization he helped forge a bipartisan solution to a very complicated issue that will serve to strengthen our cybersecurity,” said ITI President and CEO Dean Garfield. “We’re very pleased to recognize his leadership in removing barriers and promoting policies so our most innovative companies can develop new innovations that create jobs and supercharge our economy.”

ITI also recognized that Hurd has been an important voice in the current encryption debate, actively working to educate his colleagues on the role encryption plays as an essential privacy and security solution. One of Hurd’s four pieces of legislation signed into law in 2015 mandated the Department of Homeland Security (DHS) to identify and reduce costly, duplicative IT systems. Another Hurd bill that passed the House directed DHS, upon request, to coordinate with state and local governments on cybersecurity.  Hurd also played a key role in negotiations on the Cybersecurity Act of 2015.  In the 114th Congress, Hurd supported key legislative priorities for the tech sector, including the Trade Act of 2015, the National Cybersecurity Protection Advancement Act, the Protecting Cyber Networks Act, and the USA Freedom Act of 2015.