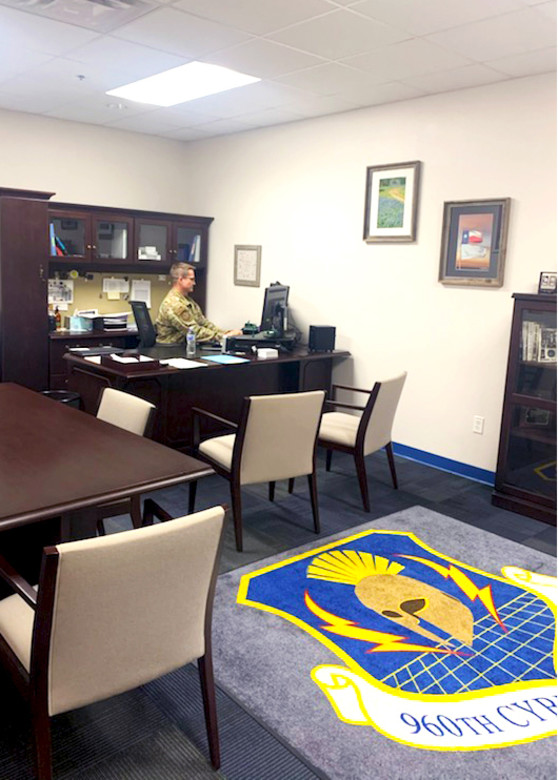 Originally, the event was intended to bring leaders from across the wing together at Robins Air Force Base, Georgia, to discuss the strategic alignment of the unit; however, the onset of COVID-19 caused an abrupt change in plans.

The 960th CW Commander, Col. Lori Jones, said that the summit ended up looking a lot different than what was originally envisioned.

“I was excited at the prospect of us hosting the event at Robins AFB, but that wasn’t meant to be,” Jones said. “The staff did a superb job pivoting to provide a virtual platform which allowed us to accomplish our important work and give us an opportunity to come together as a team.”

According to Jones, the purpose of this year’s leadership summit was to help reinvigorate the strategic planning process in order to lean forward in organizational maturation.

“It’s a constant journey and a unit is never quite finished maturing,” she said. “The summits we hold are an opportunity for leaders to coalesce around topics and areas we feel require our attention. We focus on our wing’s strategic plan to look at where we have come from, where we are and where we want to be.”

Maturing the wing is a top priority for senior leaders due to how new the wing is. Air Force Reserve Command activated the 960th CW Nov. 18, 2018, which was cultivated from and formerly known as the 960th Cyberspace Operations Group.

The 960th CW is the first and only cyberspace wing in AFRC.

According to the 960th CW acting command chief, Chief Master Sgt. Christopher Howard, this is significant because the wing takes the lead for AFRC in defensive cyber operations.

“Our work can be correlated to what security forces does for a base, but on a cyberspace front,” Howard said. “We monitor, secure and defend the network to ensure unauthorized access to AFRC’s most sensitive data doesn’t happen, and we do it successfully every day.”

In order to perform its mission, the 960th CW needs to maintain its trajectory and momentum by building on last year’s strategic goals, he said.

“It was my job to carry out the strategic planning evolution during the summit and it was like running a 100 meter sprint,” Boehnke said. “The operating environment cultivated constraints which had some adverse effects, however, wing staff worked tirelessly to mitigate those and produced a platform that resembled a live, in-person Leadership Summit. I believe all expectations and goals were not only met, but also exceeded.”

According to Boehnke, strategic alignment is important not only at leadership levels, but also at the Airman level.

“Without strategic planning, an Airman is flying solo without wingmen to support course correction towards an identified target,” he said. “Strategic alignment utilizes two-way communication, problem solving and continuous improvement to align, validate and communicate headquarters, Numbered Air Force, wing and intra-wing strategies up and down the chain of command.”

By the end of the summit, the leadership team successfully determined the wing and groups’ mission statements, vision statements and the top three wing priorities.

They are as follows:

Vision: Cyber dominance! Any time. Any place. Any domain.