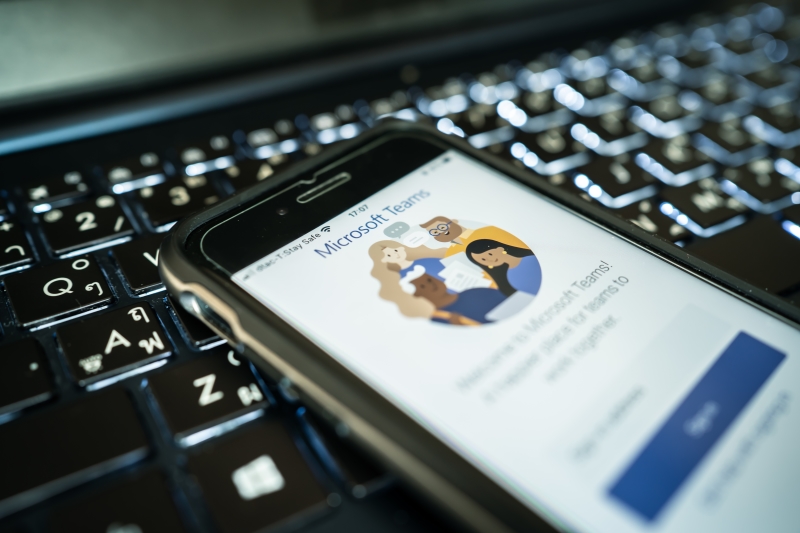 Microsoft has fixed a subdomain takeover vulnerability in its collaboration platform Microsoft Teams that could have allowed an inside attacker to weaponize a single GIF image and use it to pilfer data from targeted systems and take over all of an organization’s Teams accounts.

The attack simply involved tricking a victim into viewing a malicious GIF image for it to work, according to researchers at CyberArk who also created a proof-of-concept (PoC) of the attack.

“Even if an attacker doesn’t gather much information from a [compromised] Teams’ account, they could use the account to traverse throughout an organization (just like a worm),” wrote Omer Tsarfati, CyberArk cyber security researcher, in a technical breakdown of its discovery Monday. “Eventually, the attacker could access all the data from your organization Teams accounts – gathering confidential information, competitive data, secrets, passwords, private information, business plans, etc.”

The attack involves malicious actors being able to abuse a JSON Web Token (“authtoken”) and a second “skype token”. The combination of these two tokens are used by Microsoft to allow a Teams user to see images shared with them – or by them – across different Microsoft servers and services such as SharePoint and Outlook.

The weakness is in the application programming interfaces (APIs) used to facilitate the communication between services and servers, Tsarfati said. The TL;DR version of the hack is, Microsoft validates the cookie called “authtoken” and “skype token” via *.teams.microsoft.com. Next, researchers were able to isolate and manipulate the tokens for the PoC attack.

The novel aspect of this PoC is that all it takes to trigger the hack is the target of the attack viewing a malicious GIF sent by the rogue Teams user.

“The reason that Teams sets the ‘authtoken’ cookie is to authenticate the user for loading images in domains across Teams and Skype,” explained the researcher. “When the victim opens this message, the victim’s browser will try to load the image and will send the authtoken cookie to the compromised sub-domain.”

This allows the attacker to get their hands on the victim’s “authtoken” and ultimately provides a pathway to access the victim’s Microsoft Teams data.

“The fact that the victim needs only to see the crafted message to be impacted is a nightmare from a security perspective. Every account that could have been impacted by this vulnerability could also have been a spreading point to all other company accounts. The vulnerability can also be sent to groups (a.k.a Teams), which makes it even easier for an attacker to get control over users faster and with fewer steps,” researcher wrote.

Researchers said they worked with Microsoft Security Research Center after finding the account takeover vulnerability on March 23. They said Microsoft quickly deleted the misconfigured DNS records of the two subdomains, which mitigated the problem.